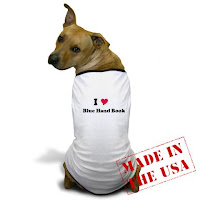 This makes too much sense... too much OVER THE TOP marketing and 1 million new books a year - this has obviously tanked our author's book sales.
And you know what? We here at Blue Indians will continue, as we have since 2011... we will NOT stop.
I have a short book out now. And plan more.   Trace

THIS is the most important commentary on publishing I have EVER read.↓

A Writer’s Choice to Be Borderline Invisible

Small presses and editions remind us that that we’re free to stay below the radar in an age of self-promotion.


Cid Corman started the magazine Origin in 1951. With a few interruptions, he continued to publish it until 1984, often while he was living outside of the United States, in Matera, Italy, and Kyoto, Japan. As far as I know, Corman, who believed there were only 300 people who read poetry, did not increase the size of the edition as the years passed. Many of his own books were printed in editions of less than 200 copies.

The English poet Nicholas Moore invented what he called “poemenvylopes”: poems and commentary that he typed onto envelopes. He sent them to friends and acquaintances. Anthony Rudolph told me that he received at least 100 “poemenvylopes” from Moore. Who knows how many he sent out? While three were reproduced in his Selected Poems (2014), most remain unknown.

For Alternative Press, which was run by Ken and Ann Mikolowski for more 30 years (1972–2004), Robert Creeley handwrote a poem on each of the 500 letterpress postcards he was given and made no copies. This means his “Collected Poems” will always be incomplete. Creeley’s postcards were put in mailers, along with bumper stickers, bookmarks, and other goodies, and sent to subscribers. The content of every envelope was unique.

Recently, I communicated with Happy Monks Press and learned that their editions were limited to 25 copies, 10 of which go to the writer. In the email I received, the editor said that he was fine with being small scale and “borderline invisible.” This got me thinking about a recent project I was given.
A few weeks ago, when I was visiting Lexington, Kentucky, an old friend and curator Stuart Horodner introduced me to the poet and artist Margaret Galey, who had moved there from New York. During our conversation, she gave me a copy of a small book that she had published in an edition of five, mostly as a gift to Stuart, honoring their year of writing collaborations. It seems that they had sent each other prompts via email for more than a year.


On cover of the book was a photograph of a white signboard with black removable letters that read: HELLO/PLEASE/ REMOVE/SHOES. The four words were arranged in a neat, symmetrically balanced stack, one above the other. I was reminded of the signs you see in front of churches, often carrying an inspirational message. While the message on this sign was rather mundane, the cropped photograph did not indicate the circumstances of its placement.

After talking with Galey, I learned that the sign was the only thing on the walls of an AirBnB room she had rented in Queens when she returned to New York in October 2018 to tie up some loose ends. During her stay, she began rearranging the letters to spell different sets of words and photographing them. The wisecracking Mae West, who once slyly said “you’ve got to use what’s lying around the house,” seems to have been Galey’s inspiration. As I see it, she was making concrete poem anagrams from the four words she found herself looking at every day; the poems cannot really be separated from the signboard and movable letters with which they were made. Galey made 38 to 40 different arrangements, in each case using all the letters. In the book, which consists of a selection of them, all the photographs are tightly cropped, leaving only framed signboard and letters.


What struck me about this project was Galey’s use of a digital camera. Transferring the images to a computer, she could crop them and decide which ones she liked and the sequence in which they would be placed. She then had the book printed by an image-publishing service. It would have been nearly impossible to make this book during Cid Corman’s time, which is to say before the digital age and the Internet.

It also occurred to me that the edition was not closed; she could print more if she wanted, and she could change the contents if she wished, so that each edition, however large or small, would be different. When I considered covering this project, my dilemma was whether to show pages from the book or some of Galey’s photographs: neither would tell the whole story, of course. I decided that I would show a selection of the photographs. This way the reader will learn about Galey’s projects without knowing if the photographs were chosen for the book. I wanted to stay true to the possibilities of the phrase, “borderline invisible.” I think we should remember this horizon as a choice in an age when self-promotion has become commonplace.
Blue Hand Books Blue Indians Books Blue Indians Collective Small Press