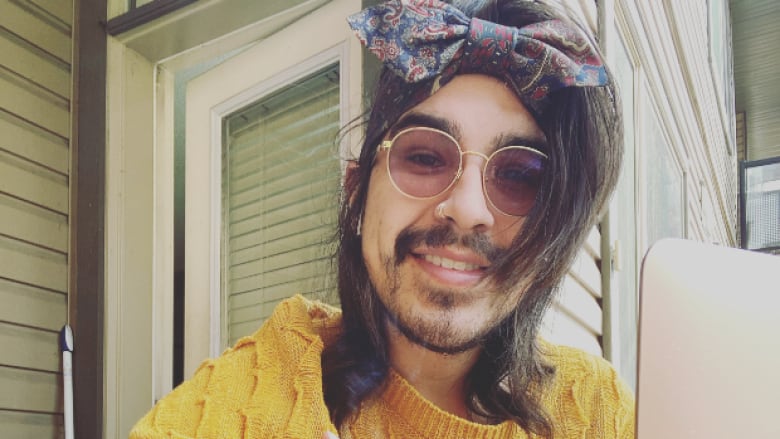 His forthcoming work, Making Love With the Land, is set to be published in 2021.

Love After the End: An Anthology of Two-Spirit and Indigiqueer Speculative Fiction Edited by Joshua Whitehead

As I was reading Love after the End, I was reminded just how colonialist SFF often is as a genre, whether it’s about “conquering new worlds” and literally establishing colonies, centring Medieval England in fantasy stories, or just holding up white, straight, cis, male protagonists as the heroes. This collection is such a refreshing change of perspective. These stories include a relationship with the land that isn’t common in science fiction stories. They assume a greater responsibility for protecting the Earth than I’m used to from a dystopia. The question of whether to stay on a planet that’s been destroyed by (white, wealthy) human activity is very different here than in a typical white space travel story. There’s also an M/M romance story between a teenage boy and an AI who is also a cyber-engineered super-intelligent rat! —Danika Ellis WINNER, Lambda Literary Award

“You’re gonna need a rock and a whole lotta medicine” is a mantra that Jonny Appleseed, a young Two-Spirit/Indigiqueer, repeats to himself in this vivid and utterly compelling novel. Off the reserve and trying to find ways to live and love in the big city, Jonny becomes a cybersex worker who fetishizes himself in order to make a living. Self-ordained as an NDN glitter princess, Jonny has one week before he must return to the “rez,” and his former life, to attend the funeral of his stepfather. The next seven days are like a fevered dream: stories of love, trauma, sex, kinship, ambition, and the heartbreaking recollection of his beloved kokum (grandmother). Jonny’s world is a series of breakages, appendages, and linkages—and as he goes through the motions of preparing to return home, he learns how to put together the pieces of his life. Jonny Appleseed is a unique, shattering vision of Indigenous life, full of grit, glitter, and dreams.

One of the best Native American voices writing today

August 18, 2016
Susan Power is a special writer. Roofwalker collects seven of her short stories and five of her histories, all circling Chicago. The short stories explore how Native Americans have adapted to Anglo-European America, both in the past and the present. It's hard for me to pick favorites here. You have stories about the mythic roofwalker that eats dreams, stories of love and betrayal and death, a story about a man who finds a talking saint statue in a thrift store, another about a college student that finds unexpected friendships. They're all really lovely, sweet and sad (but not bittersweet in any way, there's no bitterness here, it seems to me).

The histories shed light on where Power as a writer comes from. In Museum Indian, she explores how it feels to have your family's history taken and put on display without permission. It made me think more deeply about my own museum experiences. Mostly, she explores how her mother gave her a voice to tell stories, and how her father circled their lives, and gave her a different kind of ancestry.

Highly recommend for anyone who enjoys short stories, magical realism, and Native American history. Also check out The Grass Dancer and Sacred Wilderness, her two novels. —Margaret Kingsbury
Set in Saint Paul, Minnesota, the story moves across time and space with a cast of loveable characters such as Ojibwe elder Gladys Swan and her wise cat Zhigaag. They've all come together in order to heal Candace Jenssen, yet Sacred Wilderness, the message, heals us all. A triumph!
--Leanne Howe, author of Shell Shaker
Alternative to Amazon holiday shopping Joshua Whitehead Stolen Generations Susan Power