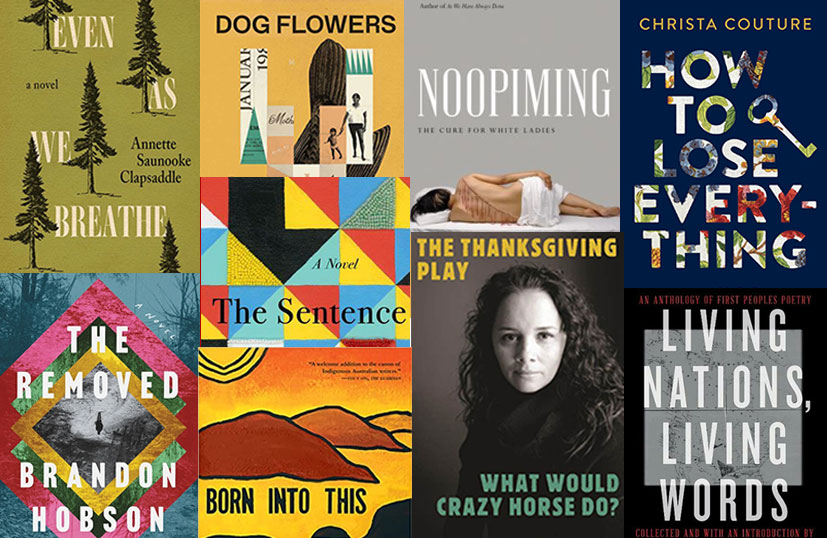 Last year witnessed a high-water mark for Native literature. Not only did a wealth of Indigenous texts flood the market, but the democratization of virtual platforms meant that one could stream author events from every corner of Turtle Island. With a few clicks of a mouse, book lovers were able to join their favorite authors’ tours or drop in to hear a new voice. Joy Harjo (Mvskoke) continued to use her status as the U.S. Poet Laureate to elevate tribal voices while some of the most anticipated texts were buoyed by celebrity fans. Yet, what the historians will most likely note is that after more than a half century of being overlooked, two Native authors joined N. Scott Momaday as the only three Indigenous writers to win the Pulitzer Prize—Louise Erdrich (Turtle Mountain Band of Chippewa Indians) for her novel The Night Watchman and Natalie Diaz (Mojave) for her poetry collection Postcolonial Love Poem. The Tribal College Journal has become a hub for media recommendations, and with this column I am once again honored to share a list of the books from the past year that deserve to be a part of every reader’s library.

The Thanksgiving Play / What Would Crazy Horse Do? by Larissa FastHorse (Sicangu Lakota) collects two thought-provoking plays that challenge preconceptions. The first is a satire about “woke” non-Natives attempting to stage a culturally accurate November pageant without Indigenous input, while the second is a dark comedy propelled by discussions of racial and political views between the last surviving members of the fictional Marahotah tribe and the Ku Klux Klan. Both scripts were inspired by actual events, revealing FastHorse to be a dramatist who stages America’s flaws through scenes that provoke disbelief, induce laughter, and demand introspection.

Even as We Breathe by Annette Saunooke Clapsaddle (Eastern Band of Cherokee Indians) is a WWII novel told from the perspective of Cowney Sequoyah, a teenage Cherokee boy who serves as a grounds worker at a hotel converted into an internment camp for diplomatic prisoners. As literal and figurative wildfires rage nearby, Cowney is forced to contend with questions about his family’s past, the intentions of his potential love interest, and criminal accusations from the military police. Filled with nuanced depictions of Cherokee life that are breathed into life by audiobook reader Kaipo Schwab (Hawaiian), this is a breathtaking debut.

Dog Flowers by Danielle Geller (Navajo), faculty at the Institute of American Indian Arts, chronicles the hardships and perseverance that shaped her life. Born into an unstable family rife with addiction, Geller employs an archivist’s eye to examine both the artifacts and memories that comprise her journey of self-discovery. Best enjoyed through the audiobook read by the author herself, the text seems to answer the question the revered film Smoke Signals asked: How do we forgive our fathers? By walking in Geller’s footsteps, readers are challenged to question how they protect themselves while helping those they love.

The Sentence by Louise Erdrich (Turtle Mountain Band of Chippewa Indians) is a novel that shares the story of Tookie, a loyal, naïve ex-convict turned bookseller who works at Birchbark Books in Minneapolis during the time of COVID, George Floyd’s murder, and civil unrest. Haunted by the ghost of a recently deceased non-Native patron who is “a stalker—of all things Indigenous,” Tookie’s story spins from humorous to ominous to cathartic, making it the perfect antecedent to help us digest present-day America. In an audiobook read by the author, this ode to books reminds us listeners that well-told stories help us endure.

Living Nations, Living Words: An Anthology of First Peoples Poetry edited by Joy Harjo (Mvskoke) collects works from contemporary Native poets from across the United States. A companion to last year’s When the Light of the World Was Subdued, Our Songs Came Through: A Norton Anthology of Native Nations Poetry, this collection showcases the rich lyrical voices of 47 Native poets writing today. Let their words wash over you, and then spend time clicking through the Library of Congress website that maps the physical places that ground their living poetry.

The Removed by Brandon Hobson (Cherokee Nation of Oklahoma) is a novel that explores the trauma a family carries after their teenage son was killed in a police shooting decades earlier. Filled with rich characters who separately and collectively battle grief, addiction, and the onset of Alzheimer’s disease, the text contains beautiful human moments of continuance despite daunting obstacles. In an audiobook performed by a talented cast that includes Gary Farmer (Cayuga), Shaun Taylor-Corbett (Blackfeet), DeLanna Studi (Cherokee), Katie Rich (Chickasaw and Cherokee), and Christopher Salazar, the book applies historical teachings to contemporary questions.

Born into This by Adam Thompson is a collection of stories that confront the continuing effects of colonization on the human psyche. Thompson, an Indigenous (Pakana) writer from Tasmania, employs crisp prose to unravel the entrenched ideologies of his characters as they contend with cultural erasure, land rights, and tribal identity. Yet, Thompson’s stories run the gamut of demographics, perspectives, locales, and voices, helping to ensure that readers recognize that while there are common themes amongst Indigenous storytellers, no single story can encapsulate the multitudes of even one tribe’s experiences.

Noopiming: The Cure for White Ladies by Leanne Betasamosake Simpson (Mississauga Nishnaabeg) is a novel that weaves strands of prose and poetry together to create a narrative framed by enduring Anishinaabe teachings. Privileging Anishinaabemowin without an English language glossary, the title translates to “in the bush” and is a response to a non-Native’s 1852 memoir about “roughing it” on First Nations lands. Jumping amongst seven characters who represent the machinations of human life, the text challenges the racism and modern absurdities that affront, but can never replace, traditional lifeways.

How to Lose Everything by Christa Couture (Cree) is a memoir that the award-winning performance artist describes as both her “grief bio” and “a field guide” for how to continue after loss. Through narration and song lyrics, this “proudly Indigenous, queer, disabled…mom” shares her journey through childhood cancer, leg amputation, the loss of two sons, and the loves that sustain her. Filled with moments of friendship, compassion, heartache, setback, and perseverance, this book will resonate with anyone who has ever experienced childhood cancer, lost a child, or is a parent or simply a human being.

As always, this list is hardly complete, but these will entertain, nurture, challenge, and fortify readers. They’re the kind of books you will want to buy two copies of—one to own and another to gift. Happy reading everybody.

Ryan Winn teaches in the Liberal Studies Department at College of Menominee Nation. VIA