Showing posts from June, 2022
Show all

Tâpwê and the Magic Hat

Buffy Sainte-Marie's new children's book Tâpwê and the Magic Hat draws on the wisdom of Indigenous elders   She's a legendary Cree singer, songwriter and activist who has won numerous awards over her six-decade career. And if that wasn't enough, Buffy-Sainte Marie is also the author of three books for children. Her latest picture book, Tâpwê and the Magic Hat , illustrated by Michelle Alynn Clement, tells the story of a little boy longing for a summer adventure. After he receives a mysterious magic hat from his kokhom (grandmother), he gets more than he bargained for — and learns some lessons along the way. Sainte-Marie spoke with The Next Chapter's Shelagh Rogers about the long path from first envisioning the story that eventually became Tâpwê and the Magic Hat to publishing the book in both English and Cree. Listen to the new CBC Podcast,  Buffy , celebrating the life and legacy of Buffy Sainte-Marie READ MORE    Buffy Sainte-Marie at 80   As an artis
Post a Comment
Read more 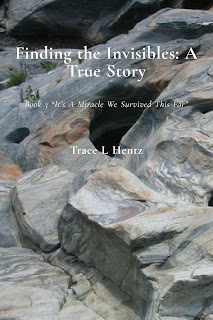 June 15, 2022 Trace has finished publishing her new book FINDING THE INVISIBLES: a true story   Now on it's own website: https://www.findingtheinvisibles.com/ FREE READ: https://pressbooks.pub/cosmicglue Waawiindamaw (Ojibwe) means promise. There is Waawiindamaw…   FOR IMMEDIATE RELEASE   Publisher Blue Hand Books Pocumtuckland, Greenfield, Massachusetts bluehandcollective@outlook.com www.bluehandbooks.org   MAY 1, 2022 "I don't know about you but I have plenty of paperback and hard covers," says Trace Hentz, author of the book series "It's A Miracle We Survived This Far." Her new book FINDING THE INVISIBLES | A True Story, was published in blog posts (and is available as a pdf when it concludes.) (And it's free to read)  WEBSITE: www.findingtheinvisibles.com from the new book PREFACE: Finding the Invisibles Is there a medicine for our world? Is there a cosmic cure for this growing unrest? Who is behind all thi
Post a Comment
Read more

"It is Time to tell our own Stories our way"

Things are heating up in the US, too. Check out AMERICAN INDIAN ADOPTEES BLOG   6 books on Canada's residential schools recommended by Duncan McCue and the Kuper Island podcast team The new CBC Podcast series  Kuper Island  tells the story of four students: three who survived and one who didn't. They attended one of Canada's most notorious residential schools — where unsolved deaths, abuse and lies haunt the community and the survivors to this day. Kuper Island is an eight-episode series hosted by journalist Duncan McCue. You can find it on CBC Listen or wherever you get your podcasts.  To continue the conversation, Kuper Island host McCue and producers Martha Troian and Jodie Martinson connected with CBC Books to share some of the books that impacted them when reflecting on and researching the residential school system.  LISTEN: Kuper Island * Missing Children and Unmarked Burials, vol. 4  by Truth and Reconciliation Com
Post a Comment
Read more
More posts